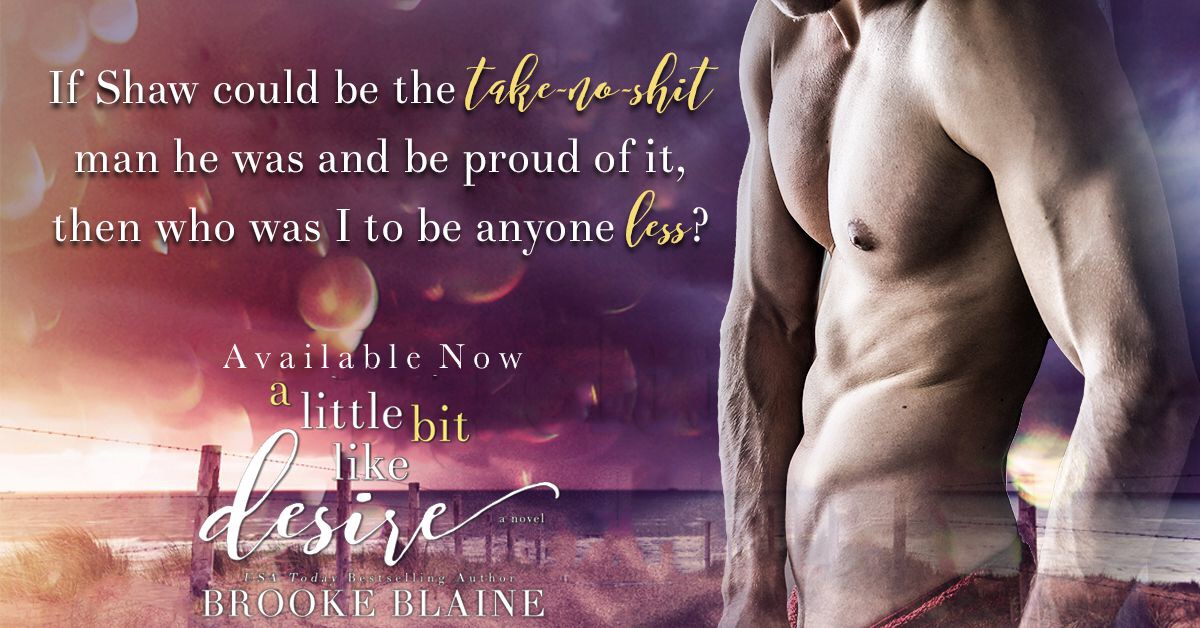 I’d been inside Bash’s mansion enough times to know where he was taking me, even blindfolded. Through the front door, across the foyer, up the never-ending staircase. Walking down the hallway, I heard muffled sounds, as though there were people coupled up and already behind closed doors, and the further Bash took me, the louder the voices became. But there were no discernable words—it was more the breathless cries of men giving and receiving pleasure, and it made me hard as a fucking rock.

“Sounds like the party started without me,” I said, a smile tipping my lips.

“Not where you’re going,” he replied. I heard the sound of a handle being pressed down, felt the soft rush of air as a door opened and I was led inside, and then the click of the door shutting behind us. Whatever room he’d led me to was dead silent. We were alone.

Bash tapped the side of my blindfold lightly.“You’ll keep this on until you get inside,” he said, keeping his voice low, as though he didn’t want anyone to hear him.

Ah, so I’d be going through yet another door. I wondered at all of this secrecy, since usually these parties were informal, and if we wanted to wander off with someone, we did. Eyes wide open and lights on.

But I trusted Bash with my life and knew him well enough to know that he had to have a good reason for doing this the way he was. So I didn’t think twice when I heard a second door open, felt his gentle hand on my back guiding me forward, and then heard him say with a smile in his voice,“Enjoy,my friends.”

Then he was gone, and yet I was not alone.

I removed the blindfold, but I needn’t have bothered. The room was pitch black. Not a window, not a crack of light coming through the door. I couldn’t see a thing, but I could feel another’s presence, sure as if they were standing beside me. I waited for them to speak, but the silence lingered on. They didn’t say a word, and they didn’t move, though they had to know I’d arrived.

This must be part of the game,I thought. For whatever reason, we weren’t allowed to see each other, and I’d venture a guess that speaking was out of the question as well. Something told me there was more at play here than darkness simply heightening our awareness and setting the mood, and that had a shiver running down my spine.

Opening my senses, I stood perfectly still and waited until I got a hint of where the man waiting for me was. My rapidly pounding heart was all I could hear for a long moment until a faint sound, maybe a quiet exhale, sounded to my right, and I stalked in that direction slowly, letting my prey hear me coming. Would he run and make me chase him? Or did he want me to find him waiting?

With my hands slightly in front of me, I moved forward until my fingertips grazed against smooth material cut with a cold and jagged line that ran vertically—a zipper. The smell of leather filled my nose as I slid my hands up the man’s jacket. He didn’t move, but I could hear his shuddering breath as I reached his shoulders and slipped my hands beneath the leather to feel the naked, tensed muscles there. He was maybe three or four inches shorter than me, and as I pushed the jacket down, I realized he wasn’t wearing anything underneath. No shirt. Nothing to cover the solid muscle of his strong arms and chest.

The leather fell to the ground, and then the man reached for me, his hands skimming up my arms, my shoulders, my neck, leaving goosebumps in their wake. There was something so tantalizing about a stranger touching me, wanting from me, as we stood toe to toe in the unlit room. I could see how the mystery of it all would make someone shy feel more bold and empowered, though that had never been something I struggled with. I had no problem telling someone what I wanted and when, which meant tonight’s clandestine activities were tailored for the man currently caressing my body—but it’d sure as hell be a fun, sexy pursuit for me.

When his rough fingers reached my lips, I grabbed his wrist and held him there. Then I kissed the tips and sucked his pointer and middle fingers deep into my mouth, swirling my tongue around him, and his gasp hit my ears.

Thirsty for more, I grabbed his trim waist and let my hands fall to his backside. His shoulders were against a wall, and with his ass firmly in my grasp, I held his hips against me, rubbing myself off on the bulge rocking against my own. All the while, his fingers deftly unfastened the buttons of my vest, and then he pulled loose my shirt and began removing those as well. My chest heaved as he pushed my jacket, shirt, and vest off in one go, and I kicked them away, not worried in the slightest about finding them later.

His touch made goosebumps break out on my naked flesh wherever he roamed. Down my neck and then my chest, where he pinched my nipples so hard that I cried out in painful pleasure and put my hands over his.

He froze, as if he’d crossed an unspoken line. But if he’d thought he’d gone too far or that I was about to stop him, he was dead wrong. I guided our hands down together, over my trembling abs and then further, further, until we pushed beneath the waistband of my pants to my—

“Fuuuck.” His head fell back against the wall as the curse left his lips on an exhale.

In the dark, I smiled. He’d broken the rules to his own game. With one word, he changed everything, and now? Anything goes.

Download your copy today or read FREE in Kindle Unlimited!

Start the series of standalones today!

If you’d like to get in touch with her, she’s easy to find – just keep an ear out for the Rick Astley ringtone that’s dominated her cell phone for years. Or you can reach her at www.BrookeBlaine.com.

If you’d like to be the FIRST to know about a new release, sale, giveaway, or upcoming signings & events, make sure to join Brooke’s mailing list: