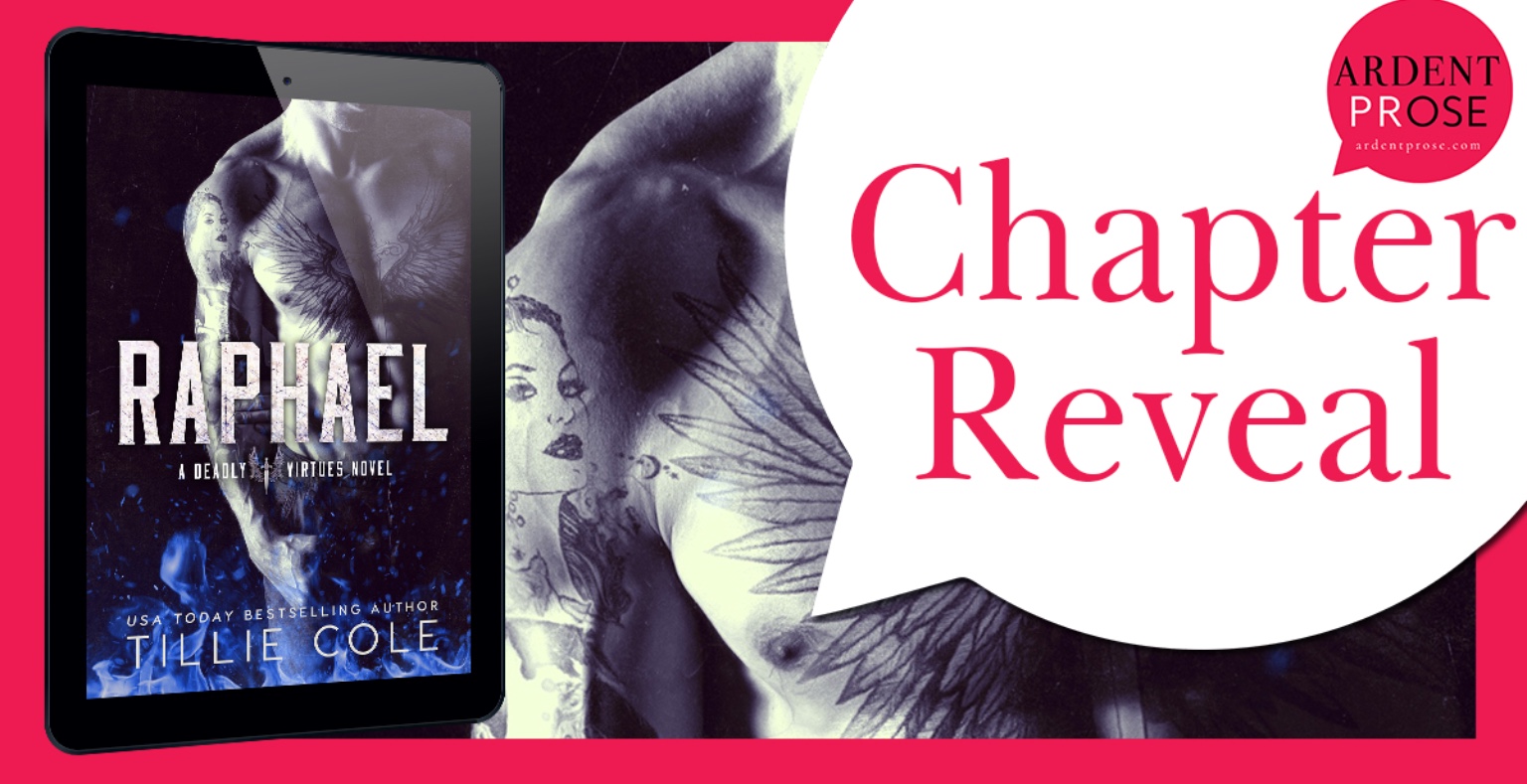 They are the Fallen. A brotherhood of murderers whose nature compels them to kill. But guided by their leader, Gabriel, the Fallen have learned to use their urges to rid the world of those it is better off without.

For Raphael, sex and death are intertwined. Where there is one, there must be the other. He is a lust killer, luring his victims with the face of an angel and a body built for sin.

And Raphael lives to sin.

His newest mission takes him into the sadistic underworld of Boston’s secret sex clubs, and puts him face to face with his greatest fantasy made flesh.

Maria is everything he’s ever dreamed of, the kill he’s always longed for. She’s not his target. And he knows he must resist. But the temptation is too strong…

Yet Raphael is not the only one with a mission. Maria is not quite what she seems. And as her secrets and Raphael’s unravel, Maria begins to question everything she thought she knew—about evil, about the place she calls home, and about the beautiful sinner she was sent to destroy.

The Fallen: Genesis a prequel novella in The Deadly Virtues Series and MUST be read before RAPHAEL (DV: book one).

The sound of Gabriel’s Gregorian chant music drifted up the Tomb’s steep, winding stairs. Raphael ran his fingertips along the gray stone walls. They were damp underneath his skin, slick with the stagnant water that trickled in from the overflowing lake outside. Forest-green moss crept in through cracks and fractures in the brick, betraying the manor’s age.

With every step he descended into the candlelit darkness, Raphael’s heart began to thunder into a heady velocity. The string that forever sat on his right index finger was so tight he could feel his pulse throbbing in the very tip. He focused on the rhythm of the beat, on the tightness of the string wrapped around and around and around his flesh. A fire of pleasure broke out in his chest and surged through his veins at the tightness, the suffocation, the hedonistic asphyxiation of the digit. It was a denial of blood, of the life his finger needed to survive, to thrive—to exist. Raphael’s lip kicked up in a smirk. He knew the tip of his finger would be blue, starved of the sustenance it needed to function. He hissed out in pleasure when the fire that vision ignited darted straight to his cock. Raphael didn’t care if his brothers heard him moan out loud. They would be caught in their own heads, their own excitement of possibly getting the kill, to care—they never cared.

Raphael felt Michael breathing heavily behind him, affirming his point. He knew Michael would be stroking the vial of blood around his neck while almost coming in his leather pants at the thought of sinking his sharp teeth into a vein and sucking down the blood. Gabriel told them Michael had something called hematolagnia. He had a word for what he claimed “ailed” all of them.

Gabriel just didn’t understand the way the six of them were, the way they had to be. The six of the Fallen who were nothing like Gabriel. They liked to kill. Needed to as much as they needed to breathe. It wasn’t abnormal to them. Blood and flesh and cries of pain inflicted by their hands didn’t bring repulsion, only satisfaction.

It was simply who they were.

Out of all the brothers, Raphael was closest to Michael. But right now, each of the brothers was completely alone. The Revelation ceremony brought out the utmost selfishness in them.

The chance to bring death consumed them.

And Raphael wouldn’t have it any other way.

Raphael’s cock grew hard in his jeans at just the thought of taking someone’s last breath. He pushed the heel of his hand against his crotch as the blood rushed to it, but the burst of painful pleasure that spiraled up his spine only made him groan louder. The rubber cage he always wore around his dick constricted his flesh and began to strain, biting into him as the rubber rebelled against his hardening. The BDSM contraption was designed to bring pain. And it was successful; pain it brought. But Raphael didn’t see pain as a punishment. He lived for pain. The more agony he felt, the more pleasure he felt. He basked in the throttling of his penis, relished the choking of his erection as it tried to break free of the rubber constraints.

Raphael lost his footing, his back slamming into the wet wall. He barely even noticed his shirt growing damp as his eyes closed. All Raphael could focus on was the cage’s incessant strangling. His hands curled into fists as the addictive fire ravaged his body.

Flashes of his ultimate fantasy poured into his mind, fueling his ecstasy. He was powerless. He couldn’t stop them if he tried. But why would he? It was what inspired him to get out of bed each day, birthed every single breath his lungs inhaled. What he had waited years for, and would wait a lifetime more to capture. Raphael’s breathing became deep and labored as he imagined the scene—the king-sized bed, the red rose petals thrown on the pure white Egyptian cotton comforter. And her, the one, sprawled out for him on her back, naked, a temptation made true. Her cheeks would be flushed, and her lips would be cherry red. Her skin would be so soft, no blemish in sight, eyes bright and fixed on Raphael, piercing his gaze with nothing but adoration. She would be his, and he would be hers. There would be nobody else for either of them. She would be his one possession that he would have for all of his days.

Raphael knew his pupils were dilated beneath his closed lids—oddly colored golden-brown eyes that set him apart from everyone else. His greatest tool, eyes that lured in his victims—meaningless women he would chase for a while, seducing, enticing, making them enamored with everything he pretended to be . . . before he pillaged their lives, fucking them hard as death collected their souls, releasing into their dying bodies as he consumed their final heartbeat and breath with his unyielding hands.

Raphael’s eyes snapped open when he heard the church bell echo around the stone basement—Gabriel’s signal to robe for Revelation. As he descended the final steps, the tight rubber cage around his cock caused pre-cum to leak into his jeans. He lived for the sexual strangulation. He needed it as much as he needed to breathe.

Raphael realized he was late. He raced through the wide wooden door of the Tomb. His brothers were already in robes, the heavy hoods covering their heads as they silently awaited his arrival.

Tillie Cole hails from a small town in the North-East of England. She grew up on a farm with her English mother, Scottish father and older sister and a multitude of rescue animals. As soon as she could, Tillie left her rural roots for the bright lights of the big city.

After graduating from Newcastle University with a BA Hons in Religious Studies, Tillie followed her Professional Rugby player husband around the world for a decade, becoming a teacher in between and thoroughly enjoyed teaching High School students Social Studies before putting pen to paper, and finishing her first novel.

Tillie has now settled in Austin, Texas, where she is finally able to sit down and write, throwing herself into fantasy worlds and the fabulous minds of her characters.

Tillie is both an independent and traditionally published author, and writes many genres including: Contemporary Romance, Dark Romance, Young Adult and New Adult novels.

When she is not writing, Tillie enjoys nothing more than curling up on her couch watching movies, drinking far too much coffee, while convincing herself that she really doesn’t need that extra square of chocolate.